Major League Soccer (MLS) is a men’s professional soccer league, sanctioned by U.S. Soccer, that represents the sport’s highest level in both the United States and Canada. MLS constitutes one of the major professional sports leagues of the United States and Canada. The league comprises 22 teams—19 in the U.S. and 3 in Canada. The MLS regular season runs from March to October, with each team playing 34 games; the team with the best record is awarded the Supporters’ Shield. The postseason includes twelve teams competing in the MLS Cup Playoffs through November and December, culminating in the championship game, the MLS Cup. MLS teams also play in other domestic competitions against teams from other divisions in the U.S. Open Cup and in the Canadian Championship. MLS teams also compete against continental rivals in the CONCACAF Champions League. MLS’s 22 teams are divided between the Eastern and Western Conferences. Each club is allowed up to 28 players on its first team roster. All 28 players are eligible for selection to each 18-player game-day squad during the regular season and playoffs. Several teams compete annually for secondary MLS rivalry cups that are typically contested by two teams, usually geographic rivals (e.g., Portland vs. Seattle vs. Vancouver). Each cup is awarded to the team with the better regular-season record in games played between the two teams. The concept is comparable to minor trophies played for by American college football teams. In early 2015, the league announced that two teams: Los Angeles FC and Minnesota United, would join MLS in either 2017 or 2018. The 20th season of MLS saw the arrivals of several players who have starred at the highest levels of European club soccer and in international soccer: Giovanni Dos Santos, Kaká, Andrea Pirlo, Frank Lampard, Steven Gerrard, Didier Drogba, David Villa, and Sebastian Giovinco. On December 6, 2015, MLS announced its intent to expand to 28 teams. MLS confirmed in August 2016 that Minnesota United would begin play in 2017 along with Atlanta United FC. In April 2016, the league’s commissioner Don Garber reiterated the intention of the league to expand to 28 teams, with the next round of expansion “likely happening in 2020”. In December 2016, he updated the expansion plans stating that the league will look to approve the 25th and 26th teams in 2017 and to start play in 2020. In January 2017, the league received bids from 12 ownership groups. In July 2017, it was reported that Major League Soccer had rejected a $4 billion offer by MP & Silva to acquire all television rights to the league for 10 years following the conclusion of its current contracts with Fox, ESPN, and Univision. Why you should watch MLS Soccer matches on MLS Live Stream? No sign up or subscription required. Updated streaming links by the minute. Watching your favorite match today is just a click away. The quality of our stream is very good, a lot of them can be watched HD, also all of them will be available in SD quality. The Premier League live streams are very stable so you don’t have to reload the page over and over again. All MLS Soccer fans are welcomed to tune in to our MLS Soccer live streams to watch all the games for free. This website is very user friendly and you don’t need a credit card or login to watch any of the games, we do whatever we can to give you the best experience on our site. 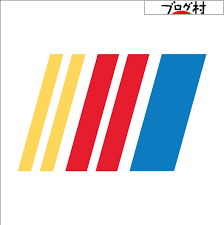